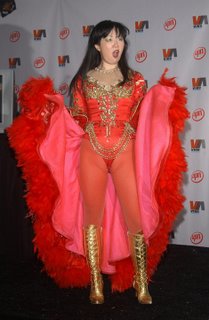 M. Cho described how right-wing hate-mailers have called her a "fat dyke." "I just don't see how that is an insult," she wonders aloud. "That means I would get to eat fried chicken AND pussy." ha ha 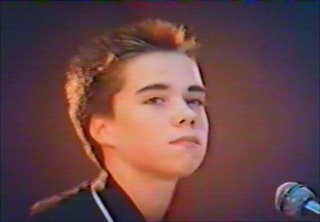 Fischerspooner seems more like a big rock show than the kooky electrotheatre we remember. Still, the wardrobe designs and choreography were awesome. Peaches waved a toy magic wand while chanting "Fuck the pain away" and then "Fuck the war away." Devendra B. wins the body language award, with his awkward gesticulations and childlike dancing. 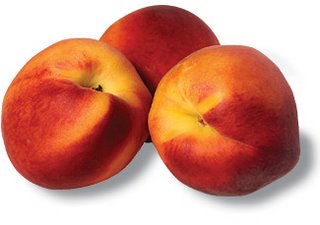 Bright Eyes had the strongest set, totally incendiary with "When the President Talks to God." What a fox, that one. 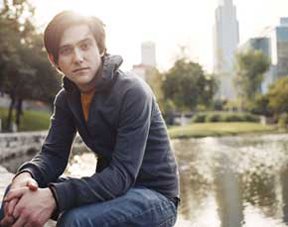 Speakers included Cindy Sheehan, Air America's Laura Flanders, a pharmacist and translator from Iraq, and a young veteran of the current war, who contended with hecklers in the audience demanding to know why he enlisted in the first place.