The cinematic staging, moody light, and damsel-in-distress drama remind us of Cindy Sherman's Untitled Film Stills and Hopper's interiors. Most of the women are frozen, wide-eyed, and vulnerable - deer in headlights. Veins protrude from their pale foreheads and arms, tears dribble down their cheeks, and one suffers bloodshot eyes. The distressed body reflects inner turmoil. Like zombies, they stare into space, and light carves pointed angles around them. 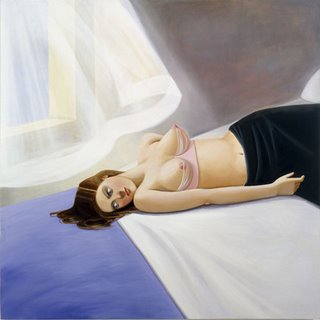 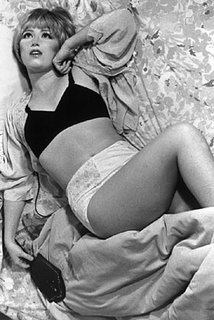 In "Feeder," a buxom woman smiles at infantile arms transcending the picture plane and canvas edge. We see a hint of the crib, but also wonder if these disconnected arms extend from the viewer, like those video games that include onscreen the hands of the gunman or martial arts fighter. 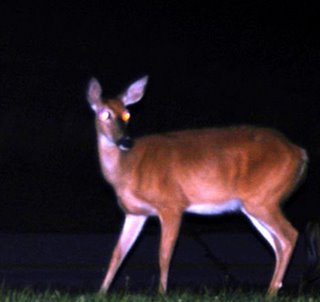 Another exception is "The Racks": before a stack of stretched canvases, a woman (who looks like Becky "Bellwether" Smith, oddly) crouches on all fours in pink, lacy lingerie. She appears cross-eyed and sticks out her wet tongue. The man, alone in this oeuvre, scowls upwards, clutching a dollar bill - either depositing or withdrawing it. He adjusts his jacket to either conceal or expose his penis, which twists like that of a pig. We assume a carnal exchange, but which is the client?

The canvas surfaces are smooth, but not polished, and her process probably involves much measurement and correction. She paints in thin layers and constructs the body by geometric forms. We observe some similarity with Ridley Howard, but can trace Hobbie's subjects back to Paula Rego and Balthus. Of course, Balthus' reclining nymphs are more passive than Hobbie's upright, rigid women. In any case, her attention to detail is her strength, proven by her rendering of delicate materials, anatomical minutiae, and specific character traits. 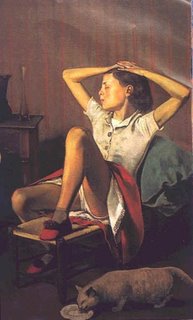