The TD crew has a soft spot for craft and a hard-on for dematerialization. Readymade is so tired, modified readymade is a pick-me-up, but dematerialized or even invisible is intoxicating!

So we stumbled into Anton Kern's new Annex, formerly Andrew Kreps' space, to see the new show, "Attic." Several young artists are included and most of them fit well with the John Bock context rising like sulphur from two stories below. But the entry that got us hot was Brian Clifton's "The Meaning Field." In the checklist, it appears like this:

Brian Clifton
The Potential for an Infinite Distortion in a Meaning Field,
2006
December 6 – December 22, 2006.

Brian Clifton
Explanation of “The Potential for an Infinite Distortion in a
Meaning Field, 2006”, 2006 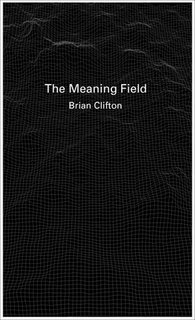 So the book ($15) contains Clifton's theory about space. The gallery space - restricted by the dates of the exhibition - contains the phenomena described by Clifton's theory. And the "Explanation" contains a verbal transfer of the theory from Clifton to a collector.

Summarized by an Anton Kern insider: "The show on the 3rd floor is titled "Attic" and was organized by Erin Somerville. It is at face value a group of friends who appreciate and support each other's work. Essentially everyone's first time showing in Chelsea. Clifton's book, "The Meaning Field," outlines a theory in which meaning can be quantified in a similar matter as gravity, and subsequently open to the same mathematical tricks like black holes, etc. He has declared the attic exhibition "The Potential for an Infinite Distortion in One's Meaning Field." The book is available online for $15 and the space itself is non-saleable, but [Clifton] is also providing the opportunity for collectors to purchase time spent with him to elaborate on the meaning field."

Another insider tells us that to purchase "Explanation" costs about $1000 for a one-hour session, ideally over dinner - or free, if you seem really interested.

So you see how clever it is to use the calendar restrictions of the exhibition as part of the "quantification" of Clifton's meaning about meaning. That means the medium is the dates of the exhibition, December 6 - December 22, 2006. Does that mean "The Potential" can only exist when exhibited? What if it's in the Biennial? Is that a different edition? And does that render the annex space, or even the entire show, a mere illustration of the theory? Also, doesn't that mean that "Explanation" doesn't exist unless it is purchased? Sort of like a fabricated sculpture? Brian, if you are out there, please fill us in - maybe you can comp us?

Meanwhile, rock on for your material/immaterial (subject) matter; Erin Somerville for organizing a cool show; and Anton Kern for lending free space to artists ready to show off their mates.

Comments:
Wow, three good pops in a row. I'm impressed.
So how does it work? Team go to these shows. What? There are four of you, right! And then it's off to grove for some heavy intoxicating, and one of you pens it down. Then it's rapped up with the check?
Good stuff!

Thanks, brent. We like your posts on painternyc, also.

We hop on our choppers and rumble around the galleries, noting our favorite shows. You know the rest - have you been spying?

This show is a mirror to Wallspace show, the materiality complex. And no more pix of my vag.

brit, the shows share an interest in materiality and lack thereof, but I guess that's true for every show everywhere.

Based on the 5-page "press release" for wallspace's show, it appears that psychoanalysis is a central inspiration, and how the appearance/reality of an art object corresponds to the outer/inner self of the artist. "The work of these six artists makes visible the antagonistic relationship between the artist's internal subjective experience and some "other." because such an experience is un-representable directly, it is her realized in a pervierse manifestation, deomonstrating how the material in use fails to have any socially recognizable meaning." Then, "The objects put forth are the material of the fantasy that gives meaning to their being."

Kuspit employs psychoanalysis in his criticism; and Meyer Schapiro enlivened the nature morte paintings of Cezanne.

The Kern show doesn't seem to be about that at all, but much more Informal in organization, Formal in aesthetics, Informal in craft.

However, Mark Wyse, who wrote the aforementioned 5-page press release, seems able and willing to "read" an artist's unconscious by an individual piece of artwork. Can he do us? Where do we sign up for this? Does our insurance cover it?

And if no more pics of your vag, then ho bout you show us your tits?

I want to read the press release is it online? THe kern site goes all 404 error and shit.

Civic duty: call your local gallery and inform them of web site dysfunction.

Call DOT and inform them of black hol- er, potholes on Houston St.